Skip to content
Posted on May 2, 2015May 26, 2015 by Viktor Varepa
The Bible And Science
Creation Series
Presenting evidences from the Bible and science to prove the  validity of special creation over evolution as an explanation on origins. Creation as revealed in the book of Genesis of the Bible is the foundation of the Creation faith. It is important that Christians be prepared to give intelligent answers to the questions that arise from this controversy. It is our conviction that “In the beginning God created…” is still the best and most scientific statement that can be made on the subject of origins.
1 Peter 3:15 But sanctify the Lord God in your hearts:
and be ready always to give an answer to every man that asketh you a reason of the hope
that is in you with meekness and fear
This Sunday Night, May 3, 2015, “Noah’s Ark: A feasibility Study”
1. Noah’s Ark: A feasibility Study
2. The Relevance of Creation versus Evolution;
Why this Issue is Important:
3. Creation/Evolution: Thermodynamics,
Fossil Record, Probability, Anthropology
4. The Theological Problems with Theistic Evolution
5. Biblical & Scientific Evidence for a Global Flood
6. The Age of the Earth
7. Dinosaurs in the Bible
8. In Search of Noah’s Ark, Mt Ararat, Turkey
John Doughty is professor of creation science at Christian Kingdom College in Winchester, Virginia. He earned a B.A. at James Madison University and has completed graduate work there. He was a part time student at the Institute for Creation Research in San Diego, CA, in the late 1980’s, where he studied under Drs. Henry M. Morris and Duane T. Gish.  In 1990, he led an expedition to Mt. Ararat in Turkey in search of Noah’s Ark.  He promoted five tours for Dr. Gish in Virginia, including four debates with leading evolutionists. He has published articles in the Restoration Herald, Christian Standard, and Acts & Facts (ICR’s newsletter). The Noah’s ark expedition opened the door to visit Russia.  In 1991, John was invited to the former Soviet Union to present lectures on creation and the Christian faith in St. Petersburg, Moscow, Kiev, and Kharkov. After hearing John lecture at the Physics Department of St. Petersburg State University, Svetlana Nikitina was persuaded to become a Christian. They were married in 1993.  John is evangelist with the Ekklesia of Christ congregation in Harrisonburg, Virginia, where he and Svetlana reside with their nine children. 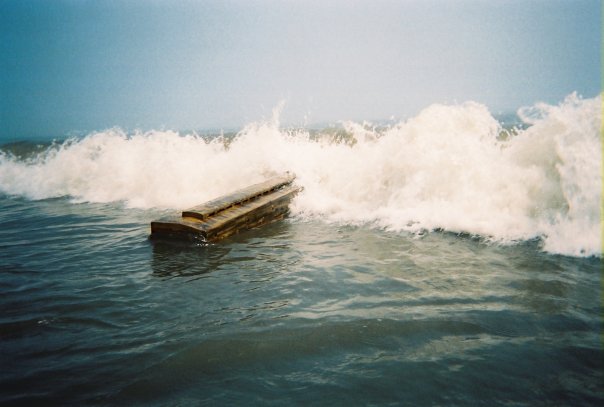 BIBLE VERSE OF THE DAY

[David's Song of Thanks] Oh give thanks to the LORD; call upon his name; make known his deeds among the peoples! — 1 Chronicles 16:8